The current news has taken to my attention, with large clothing companies having their manufacturers abroad, it is up to them to make sure that the staff are safe and that the buildings erected for this sole purpose are up to standard. There should be no danger working in a factory dedicated to clothes production. Unfortunately with last years factory collapse in Bangladesh, it told a completely different story.  It’s the anniversary of the collapse and unfortunately a year on, the clothing companies still have not helped bar a few exceptions. Apparently a whopping 94% of factory workers have not received compensation from their employers, and that includes sick pay and compensation. Primark is one of the exceptions, they have provided around £118 to over 3,000 people, so there isn’t neglect from everyone. 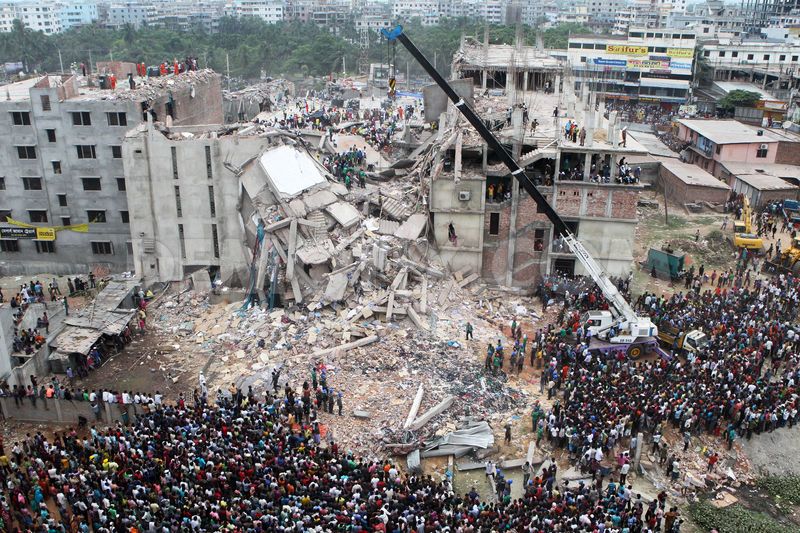 This raises the question as to if it’s right to have clothes produced in places like this? The answer to the majority of these companies is, it doesn’t matter, it’s all about cost and profits. This is one of the reasons that factories are not based in the UK anymore, it’s just not cost effective. But if you are planning to use a factory in a lower paying area, you have a responsibility to those workers, they’re getting paid pittance anyway. If your paying for cheap labour, surely the money you have saved should be expendable if something wrong were to happen?

It’s not just the cheaper shops using this type of labour either, some big names such as C&A, KIK and EL Corte Ingles used them to manufacture their goods. But do the public really care where their clothes come from? Will there be an outcry where people only buy from places they can trust for womens clothing? Most likely not, it’s the same as when you buy non-free range meats. You don’t care that the animals life has been horrible, you just care that your bacon tastes great in your breakfast.

I don’t think the industry will change, captialism has it’s victims, those victims always seem to be the poorest. Hopefully in the future, we can find a better way to produce our clothing.